Herbert West is a young scientist who has a good head on his shoulders and another on the lab table in front of him. 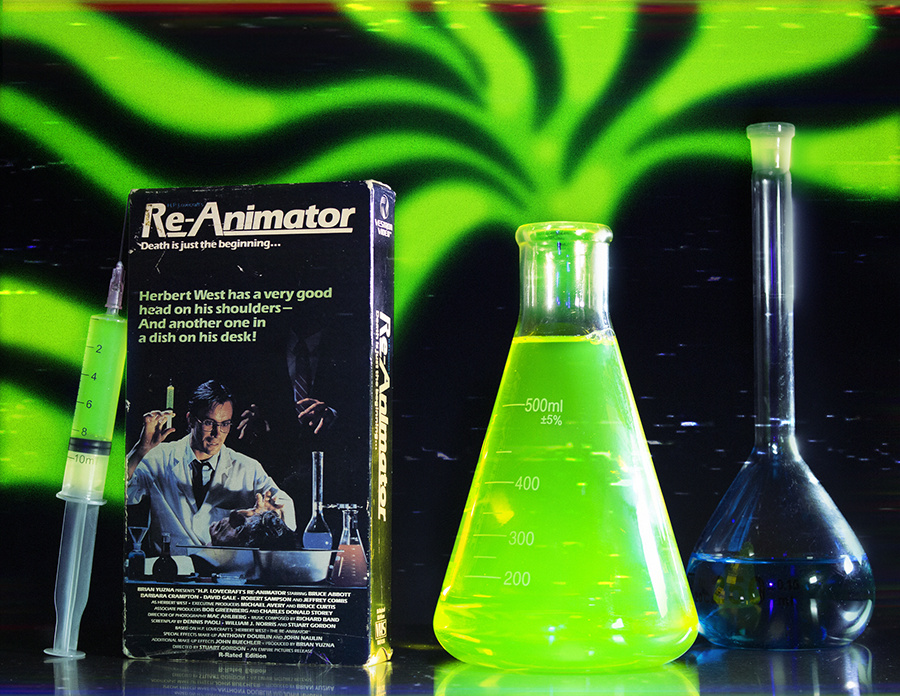 Re-Animator: VHS of the Month Review 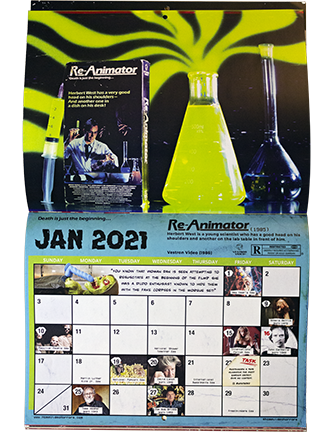 Lunchmeat and Home Video Horrors’ 2021 calendar isn’t just a pretty print to put on the wall. It’s a curation of cult horror movies and those video covers that etched themselves into our minds as we made our way up and down the video store isles. Josh Schafer and company went above and beyond with the calendar selling out. As one as those calendar buyers, and recent inheritor of a Panasonic Omnivision and tape collection, I decided to seek out the curated tapes of the calendar and watch them in all their original glory. Some I’ve seen before and others will be a whole new can of blood and guts.

To start 2021 out, we have Stuart Gordon’s 1985 zombie flick Re-Animator by Vestron Video, or as I always liked to call it, “what if Frankenstein was your medical school roommate?” Herbert West is his name and he’s cracked the chemical equation for life after death with his formula. However, much like Frankenstein, his creations never possess their civilized human intelligence but are dim wittingly violent. This cult classic is often remembered for the gratuitous gore both in the horror and medical context and bookmarking the acting career of Jeffery Combs. Stuart Gordon and his film crew would also prove themselves to be quite a major player in 80s horror.

Let’s not forget that it’s called “HP Lovecraft’s” Re-Animator. Truly, we can’t forget where these stories came from. Cthulhu creator and pulp horror writer HP Lovecraft (1890-1937) wrote the original “Herbert West-Reanimator” in a serialized four-part release for the sensationalist magazine Home Brew in February to July of 1922. He was paid $5 a segment. Editor George Julian Houtain had told him not to make it too morbid and add a punch at the end of every segment. Lovecraft found it to be “inartistic” but complied. The story is told from an unnamed narrator as he and his medical school roommate at Miskatonic University-Herbert West increasingly conduct experiments with Wests’ reanimation serum. Even at one point, becoming medics in WW1 and conducting experiments on the battlefield. 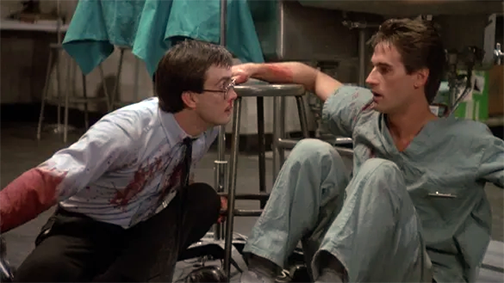 Re-Animator is a modern retelling of the original story. Our unnamed narrator is given a name, Dan, (Bruce Abbot) and a girlfriend Megan (Barbara Crampton). Herbert West is true to his novella self, a short spectacled man-collected at first glance but full of dark compulsion to complete his work. Jeffery Combs nails the appearance with his fingers wrapped around his faithful syringe. Combs has always been the kind of actor who doesn’t need to adjust his voice to sound scary. Monotone delivery of logical bone chilling lines is his greatest strength. That’s what landed him as Brainiac in Injustice 2 and the crazed doctor in Would You Rather (2013).

The story is still set at Miskatonic University with a Dean Halsey (Robert Sampson). In fact, Megan is his daughter. There’s also an extremely creepy professor, Carl Hill (David Gale) looking to get his hands on West’s precious formula…and Dan’s girlfriend. It’s times like that where it’s almost like a sitcom. “What happens when you date the dean’s daughter and your roommate is Victor Frankenstein? What crazy adventures are there to get into? Oh no, who killed the cat and turned into a zombie? Shoot! The dean is a zombie! Damn! The headless Dr. Hill is raising an army of the dead to do his evil bidding!” 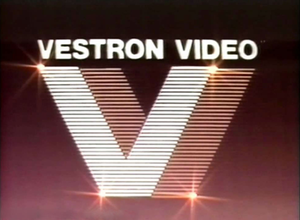 Our home video release is Vestron Video from 1986. Vestron was started in 1981 by an HBO executive, Austin Owen Furst Jr. and would go defunct in 1992. It’s a play on words “Vesta” (Roman Goddess) and “Tron.” Their animated “V” graphic presented at the beginning of the tape screams 80s. They released both an R rated version for video stores and an unrated one for collectors. I have, as the calendar showcases, the R rated cut. I was able to find it online for 20 bucks. It’s a relatively easy find with the unrated version going for 10 dollars more. Being familiar with this movie and story, the unrated version is most definitely the correct way to view it. 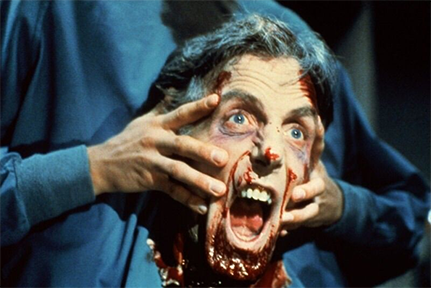 Gore is an integral part of the Re-Animator story. Not just for the bodily horror of the living dead but also because it’s a medical thriller. There’s no magic involved as Herbert West makes it clear, life and death as we know it are chemical reactions-equations. With the R rated version such scenes like Dr. Hill demonstrating brain dissection to the class are cut, the zombie kills, and of course the head giving head scene (though I don’t mind not seeing that).

Re-Animator would go on to receive two sequels and Stuart Gordon, Jeffery Combs, Barbara Crampton, and Brian Yuzna would make another film based on an HP Lovecraft story “From Beyond.” Again, knocking it out of the part with the bodily horror and special effects.