Six high school seniors on a camping trip are ambushed by killer rednecks who kill their victims & sell the remains to a local hamburger joint. 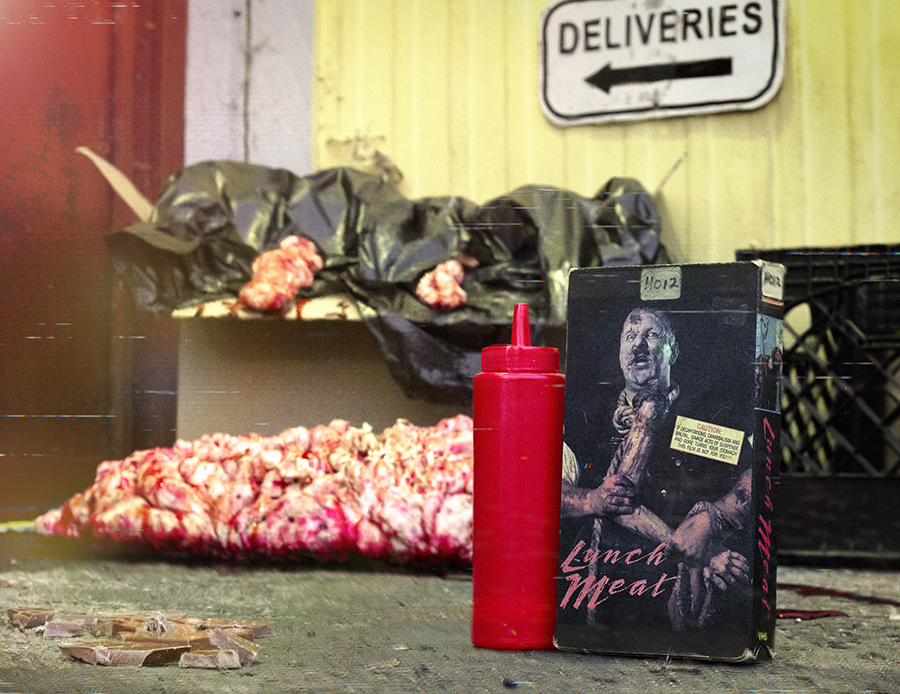 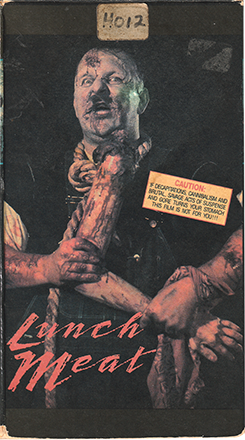 Lunch Meat or Lunchmeat (whatever you would like to call it, it quite literally does not make a difference) is the dream project of Kirk Alex. In fact, it’s his only project to date. Alex had returned home from Vietnam and after working as a cab driver, he raised his own funds to bring his Texas Chainsaw-inspired cannibal splatter fest to life. The title should tell you all you need to know, there is human meat being consumed for lunch somewhere and that meat is coming from somewhere or someone.

That would be Pa (Elroy Wiese) and his sons Harley (Robert Oland), Elwood (Mitch Rogers), and the mute behemoth Benny (Chucky Ellis) living a simple life of kidnapping, murder, and butchering in the backwoods, selling whatever meat Benny doesn’t eat to the nearby burger joint. Rather than an isolated region where only the boldest travelers end up, Pa and his boys live directly next to a campground. The vicious cycle of campers going missing and the meat being stocked at the restaurant continues in a way we are all too familiar with. While making a routine delivery, Pa spots a group of high school seniors, Roxy (Ashlyn Gere), Eddie (Bob Joseph), Debbie (Marie Ruzicka), Cary (Rick Lorentz), Frank (Joe Ricciardella), and Sue (Patricia Christie) about to embark on a camping trip of their own. And from there, you have our story as the wayward students enter the slaughterhouse that is their woods. 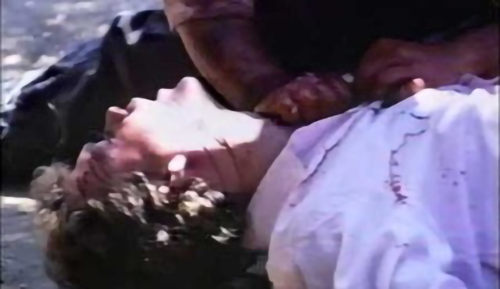 Lunch Meat is a lesson in the art of the chase of the scene because there have to be at least ten minutes of such scenes. If scary movies were musicals, then chases are the choreography. Frankly, getting chased by a redneck wielding an axe, hammer, or machete can be nightmare fuel because of how realistic it can be. Chase scenes can also be very telling of a character’s personality. Harley is the more violent one so he makes more brash decisions while Elwood is the idiot and makes reckless ones. When a character is a victim like Roxy and her friends, then they really have no choice but to be both. Pa only comes in when he needs to while Benny is the last resort. They’re no Firefly family or Hill mutants, but they get the job done.

Does Lunch Meat deliver on what the warning label on the box describes? To the best of Alex’s producing and directing abilities –and budget. There are all sorts of scuffles and feuds in scenes that go much longer than you may expect. There’s also no other objective for the teens like exposing what the meat is at the restaurant once they get out there, it's just survive. It’s all mostly done off-screen in a very made for tv fashion, but there are small shots of the rudimentary practical effects Alex was able to procure. Most of the budget had to have gone to dressing up Benny into the meat golem he is.

The true strength of Lunch Meat is the suspense with the long drawn-out chase scenes. In fact, suspense is also promoted on the box art –savage acts of suspense no less. The only way to do that entirely in broad daylight is in the wilderness, where for some reason we fear actually coming across people like this. Alex may have had that in mind, or shooting in the woods costs very little and doesn’t require any permits. There are so many characters you think are going to make it, and sometimes it’s not even the teens. Rick Neigher’s music has all the essentials –synths, clicking percussion, and violin screeches. The main theme with deeper notes drills into your brain to keep you engaged if you space out. 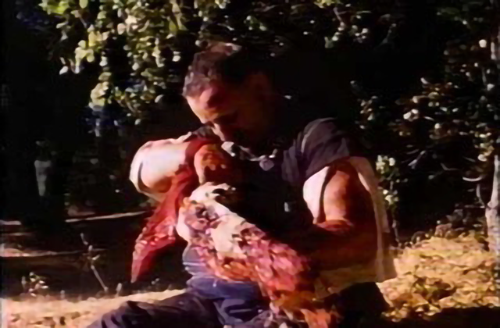 Elroy Wiese, Robert Orland, and Mitch Rogers as Pa, Harley, and Elwood are fun because they don’t come across as sadists or inhumane monsters with how they interact –they’re kind of like the Three Stooges. And, that’s a term of endearment. You can absolutely imagine Harley and Elwood doing the eye-poking bit. Even the way they put up a fake detour sign is a little cartoony. Perhaps California rednecks have a natural showbiz flare. That’s right, this movie canonically is said to take place in the Golden State and not the South. Benny is probably the one truly scary one and the only one close they have to a straight man in their act. They have to chain him up in the back of their lime green truck whenever they have to go anywhere and all responses are grunts.

The hero of Lunch Meat would be Roxy played by one of the few tv actresses ever to also maintain an adult film career, Ashlyn Gere, or as she was billed in B-movie productions like this as Kim McKamy. The production didn’t run with this with any erotic scenes like Gore-Met, rather they just let her run the final girl gauntlet to the best of her ability. Neigher also had a ball mixing her screams with the sound design in some scenes like a Creepshow pop-up. The film is a nonstop struggle with her and anyone of her friends who didn’t get separated from her against the rednecks. 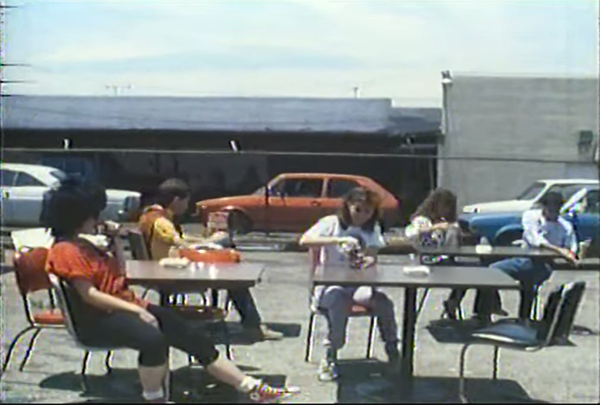 Lunch Meat, however, it’s perceived, is a testament to the potential of the desire to create something meaningful to you no matter what you do and find a way to make it possible. Alex had plenty of time to think and workshop in his mind behind the wheel all those hours, finding inspiration in what was dear to him which possibly was the works of Tobe Hooper. A keen observer may actually find some references to his films in Lunch Meat. While Alex would never make or get involved with another film again, his one contribution to the horror section of video stores on New Year’s Day 1987 continues to be his legacy and proved to be a popular one. One viewing tip is to not eat during showtime. Not because of the subject matter, but because of that five-minute-long burger eating sequence in the beginning. Those lip-smacks are loud!